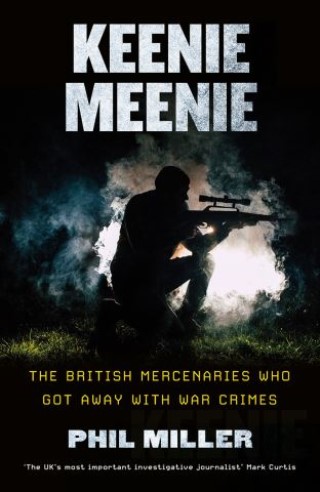 The British Mercenaries Who Got Away with War Crimes

Keenie Meenie Services - the most powerful mercenary company you've never heard of - was involved in war crimes around the world from Sri Lanka to Nicaragua for which its shadowy directors have never been held accountable. *BR**BR*Like its mysterious name, Keenie Meenie Services escaped definition and to this day has evaded sanctions. Now explosive new evidence - only recently declassified - exposes the extent of these war crimes, and the British government's tacit support for the company's operations. Including testimonies from SAS veterans, spy chiefs and diplomats, we hear from key figures battle-hardened by the Troubles in Northern Ireland and the Iranian Embassy siege. Investigative journalist Phil Miller asks, who were these mercenaries: heroes, terrorists, freedom fighters or war criminals?*BR**BR*This book presents the first ever comprehensive case against Keenie Meenie Services, providing long overdue evidence on the crimes of the people who make a killing from killing.