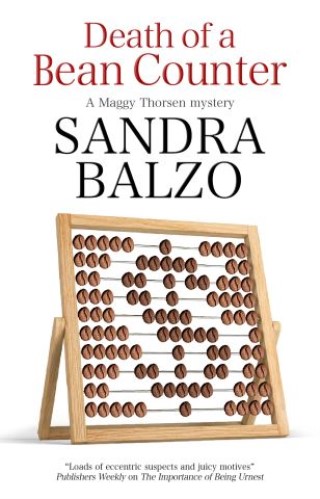 Death of a Bean Counter

Trouble is brewing for coffeehouse owner Maggy Thorsen when her barista's wealthy beau is murdered.

Amy’s wealthy new beau, investment adviser Kip Fargo, has been shot dead in his bed – and Amy is the last known person to see him alive. Kip had just proposed to Amy, but she turned him down, triggering a terrible argument and making Amy the prime suspect. Determined to prove her barista’s innocence, Maggy soon makes a number of disturbing discoveries. Can she untangle lies, jealousy and Kip’s shady dealings in time to avert the disaster that’s brewing?