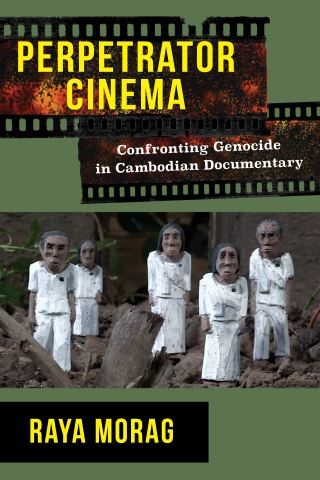 Perpetrator Cinema explores a new trend in the cinematic depiction of genocide that has emerged in Cambodian documentary in the late twentieth- and early twenty-first centuries. While past films documenting the Holocaust and genocides in Yugoslavia, Rwanda, and elsewhere have focused on collecting and foregrounding the testimony of survivors and victims, the intimate horror of the autogenocide enables post–Khmer Rouge Cambodian documentarians to propose a direct confrontation between the first-generation survivor and the perpetrator of genocide. These films break with Western tradition and disrupt the political view that reconciliation is the only legitimate response to atrocities of the past. Rather, transcending the perpetrator’s typical denial or partial confession, this extraordinary form of “duel” documentary creates confrontational tension and opens up the possibility of a transformation in power relations, allowing viewers to access feelings of moral resentment.

Raya Morag examines works by Rithy Panh, Rob Lemkin and Thet Sambath, and Lida Chan and Guillaume Suon, among others, to uncover the ways in which filmmakers endeavor to allow the survivors’ moral status and courage to guide viewers to a new, more complete understanding of the processes of coming to terms with the past. These documentaries show how moral resentment becomes a way to experience, symbolize, judge, and finally incorporate evil into a system of ethics. Morag’s analysis reveals how perpetrator cinema provides new epistemic tools and propels the recent social-cultural-psychological shift from the era of the witness to the era of the perpetrator.