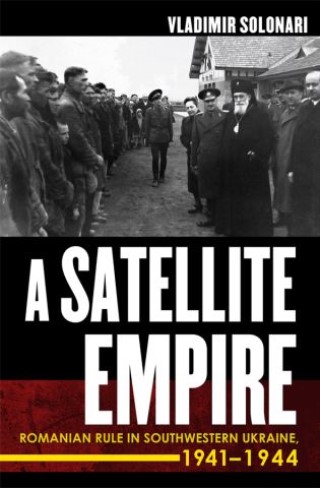 Satellite Empire is an in-depth investigation of the political and social history of the area in southwestern Ukraine under Romanian occupation during World War II. Transnistria was the only occupied Soviet territory administered by a power other than Nazi Germany, a reward for Romanian participation in Operation Barbarossa.

Vladimir Solonari's invaluable contribution to World War II history focuses on three main aspects of Romanian rule of Transnistria: with fascinating insights from recently opened archives, Solonari examines the conquest and delimitation of the region, the Romanian administration of the new territory, and how locals responded to the occupation. What did Romania want from the conquest? The first section of the book analyzes Romanian policy aims and its participation in the invasion of the USSR. Solonari then traces how Romanian administrators attempted, in contradictory and inconsistent ways, to make Transnistria "Romanian" and "civilized" while simultaneously using it as a dumping ground for 150,000 Jews and 20,000 Roma deported from a racially cleansed Romania. The author shows that the imperatives of total war eventually prioritized economic exploitation of the region over any other aims the Romanians may have had. In the final section, he uncovers local responses in terms of collaboration and resistance, in particular exploring relationships with the local Christian population, which initially welcomed the occupiers as liberators from Soviet oppression but eventually became hostile to them. Ever increasing hostility towards the occupying regime buoyed the numbers and efficacy of pro-Soviet resistance groups.