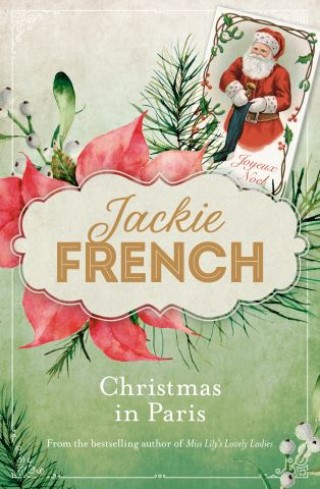 For once it was an accident. Violette did not mean to kill St Nicholas. But there he was, with blood on the cobblestones, and a family waiting for the Christmas Eve miracle that would never come. And her own family expecting her to eat Christmas goose tomorrow at Shillings Hall in England.

Violette Jones had led a life of melodrama since being born in the middle of a war to an espionage agent. But even she had never had to face a bloodied St Nicholas, and somehow conjure three miracles for Christmas.

Another story for the many fans of the Miss Lily series.

Jackie French: Jackie French AM is an award-winning writer, wombat negotiator, the 2014–2015 Australian Children's Laureate and the 2015 Senior Australian of the Year. In 2016 Jackie became a Member of the Order of Australia for her contribution to children's literature and her advocacy for youth literacy. She is regarded as one of Australia's most popular children's authors and writes across all genres — from picture books, history, fantasy, ecology and sci-fi to her much loved historical fiction for a variety of age groups. ‘Share a Story' was the primary philosophy behind Jackie's two-year term as Laureate.