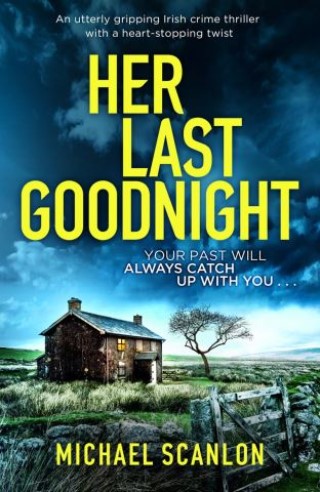 An utterly gripping Irish crime thriller with a heart-stopping twist

‘Wow!!... I was left quite breathless… Kept me gripped.’ Book Reviews by Shalini

Eddie stands at his door anxiously waiting for her to arrive, touching the box in his pocket for luck. He doesn’t hear the footsteps behind him until it’s too late…

Detective Finnegan Beck is called to a violent crime scene at a remote house near the rural Irish town of Cross Beg, where a dog lies whimpering beside his beloved owner’s body.

At first it looks like a burglary gone wrong. But Beck spots something his colleagues didn’t. The victim, Eddie Kavanagh, was wearing his smartest clothes. He’d brushed his hair. And, on closer inspection, a small velvet box containing an engagement ring is discovered in his pocket, along with a letter to a nameless woman, which seems to suggest she’s in danger.

Those who knew Eddie have no idea about a female friend though – there’s been no one in his life since a girl who he’d loved and who’d broken his heart decades before.

So who was the woman Eddie was waiting for? And did his connection with her ultimately lead to his murder? When a beautiful young woman is then found beaten to death, murdered exactly as Eddie had been, Beck has to ask – is the danger over? Or is it just beginning?

An absolutely addictive and atmospheric crime novel that will leave you gasping for breath. If you love gripping thrillers from Rachel Caine, Robert Dugoni and Kendra Elliot, you won’t be able to put this one down.

Readers are loving Her Last Goodnight:

‘It had me hooked from the very beginning. There was a lot of action… as well as twists and turns which kept me on the edge of my seat until the very end… If you love a good detective story, this is the book for you.’ Goodreads reviewer, 5 stars

‘Her Last Goodnight reminds me of the great crime thrillers... Dark, gripping and with the plot slowly unfolding until it reaches its shocking conclusion.’ NetGalley reviewer

‘Evocative, hauntingly beautiful, Her Last Goodnight pulls you into the closed world of rural Ireland… Add Michael Scanlon to the ranks of Tana French and Peter May.’ Goodreads reviewer, 5 stars

‘Crikey it is such a darn good read I just want more… Fast-paced… A brilliant storyline… many heart in my mouth moments.’ Books from Dusk til Dawn, 5 stars

‘A cracking read… plenty of action and a solid and addictive mystery to the goings-on in the small town with many twists, turns and red herrings I failed to predict… Engrossing and compulsive. Highly recommended.’ Reader’s Retreat