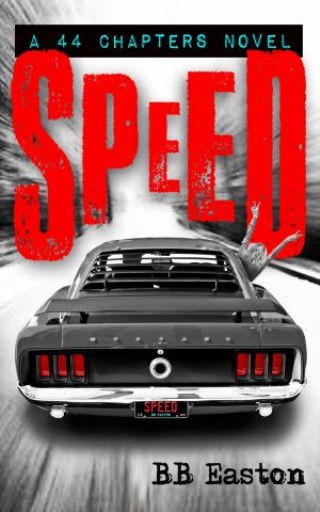 With Netflix adapting BB's 44 CHAPTERS ABOUT 4 MEN into a new series, you're going to want the full story behind her outrageous adventures.

Because BB Easton had so much fun writing her bestselling, award-winning memoir, she decided to give each of her four men his own steamy standalone. SPEED is Harley's book--a gritty, '90s-era love triangle overflowing with dark humor, intense heat, and tangible teen angst. It is based on a true story.
Ronald "Knight" McKnight was Obsessive. Possessive. Downright psychopathic. But that didn't stop me from falling in love with him...or falling apart when he joined the Marines. When he left, Knight told me to "find someone better," but I didn't.

I found Harley instead.

Harley James was a fun, flirty, tattooed mechanic whose face was as angelic as his secrets were sinful. He taught me how to live again. How to laugh again. But would he teach me how to love again?

Over Knight's dead body.
"Raw, scorching, and totally addictive, Speed is an adrenaline-fueled ride that captures the dangerous heights and consuming depths of teenage love." --Jamie Shaw, author of Mayhem