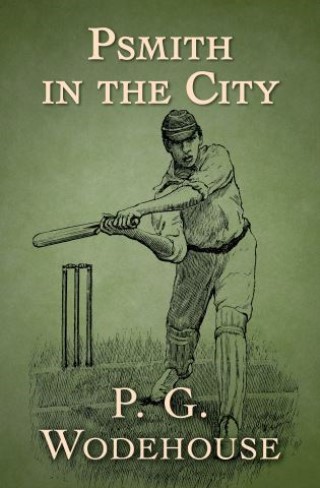 Psmith in the City

Two young Londoners enter the world of business and politics while still making time for cricket in this comic novel by the creator of Jeeves and Wooster.

Mike Jackson, who’d hoped to continue his cricket career at Cambridge, is devastated to learn he must instead work in the mail room of New Asiatic Bank. Worse, he’ll be reporting to John Bickersdyke, a man who’s had it in for Mike ever since they first met on the cricket field. But Mike’s good friend Psmith (the P is silent) will be working at the bank too. And Psmith intends to make sure they never experience a dull moment.

A dandy with an irrepressible wit, Psmith knows just how to get the best of Bickersdyke. From disrupting their boss’s campaign for Parliament to making a scene at the Senior Conservative Club and even dabbling in a bit of blackmail, Mike and Psmith discover that the working life isn’t all bad—especially when they can cut out early for cricket.

First published in 1910, Psmith in the City continues the adventures of two of author P. G. Wodehouse’s most beloved characters, who previously appeared in the school novel Mike and Psmith.