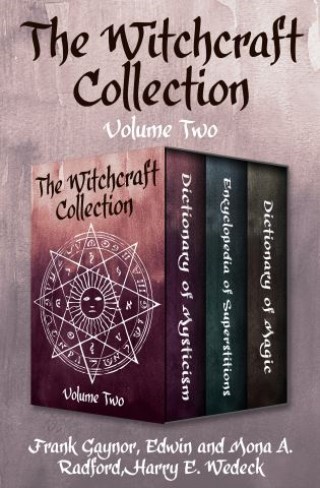 Dictionary of Mysticism offers concise definitions for more than 2,200 terms used in a number of mystical traditions and fields of study, including esoteric philosophy, occultism, psychical research, spiritualism, alchemy, astrology, and demonology. It also covers the studies of Buddhism, Brahmanism, Sufism, Lamaism, Zoroastrianism, Theosophy, and Cabbalism.

Encyclopedia of Superstitions is a wide-ranging and authoritative reference book that explores the origins and influences of various superstitions from a number of cultural traditions. It contains enlightening information about charms, spells, fairy lore and legend, folk remedies, and customs of birth, marriage, and death.

In Dictionary of Magic, occult expert Harry E. Wedeck offers a broad understanding of witchcraft, necromancy, paganism, the occult, and many of magic’s other manifestations. This A-to-Z reference book provides in-depth information on essential concepts, practices, and vocabulary, and covers many notable wizards and demonographers.