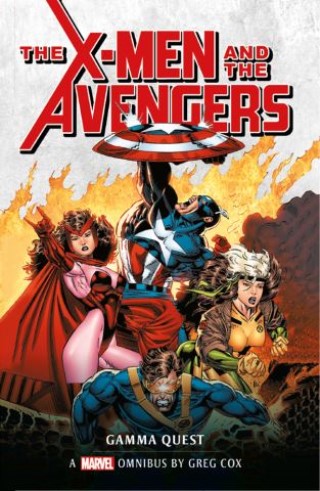 Bringing the classic X-Men and the Avengers: Gamma Quest trilogy back into print in a brand-new omnibus.

The X-Men--mutant protectors of a world that fears and hates them. The Avengers--Earth's Mightiest Heroes, the greatest super-team ever assembled. When the Scarlet Witch of the Avengers and Rogue of the X-Men both disappear under mysterious circumstances, each team's search leads them to more questions than answers. Desperate to recover their missing teammates, they must join forces to uncover the truth. But their efforts will bring them up against a foe with the deadliest power of all: to make them turn on each other!

Greg Cox: Greg Cox is a New York Times bestselling author known for novels tying into some of the most successful franchises in media today, including Star Trek, Planet of the Apes, Terminator, and Godzilla. He's contributed some of the most popular prose novels involving the DC Universe, from the sweeping mega-series 52, Countdown, and Final Crisis to the blockbuster movie tie-ins Batman: The Dark Knight Rises and Man of Steel.