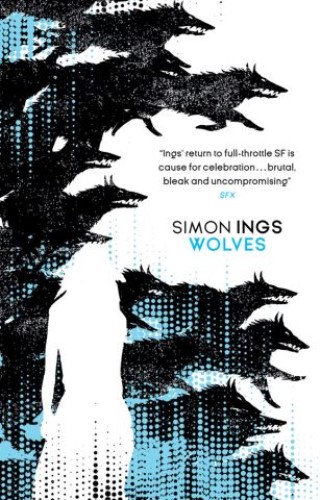 A chilling literary dystopia for those who love Iain Banks and JG Ballard.

Conrad is desperate for an escape after a devastating accident changes his way of life. When his childhood friend, Michel, invites him to come and see the boat that he and his partner are refurbishing, Conrad sees his chance to leave it all behind. But rekindling their friendship unearths old fears and dangerous secrets, and Conrad is soon desperate to flee again.

Through it all, Conrad becomes ever more entrenched in Augmented Reality - living in worlds dreamt up by other people. But as the floodwaters rise, and he hits the limits of imagined worlds, he is forced to confront the new realities before him - a flooded country and a horrific secret buried in his own past.

A searing mix of literary horror, murder mystery and dystopia, Wolves is a fierce and uncompromising look at greed, technology and climate collapse - and the wolves at the centre of it all.

Simon Ings: Simon Ings is the author of eight previous novels (some science fiction, some not) and two works of non-fiction, including the Baillie Gifford longlisted Stalin And The Scientists. His debut novel Hot Head was widely acclaimed. He is the arts editor of New Scientist magazine and splits his time between a sweltering penthouse in Dubai (not his) and possibly the coldest flat in London.