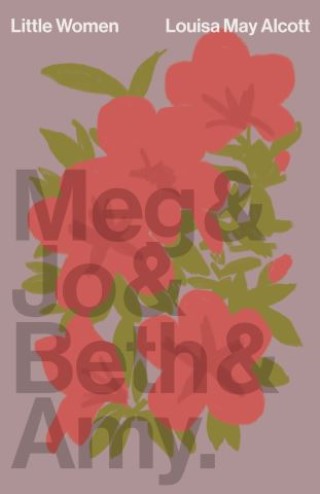 A Vintage Classics edition of Louisa May Alcott's beloved and influential story of the March sisters, which is once again a major motion picture. First published in 1868, and based on Louisa May Alcott's own unusual family, the novel brought to life some of American literature's most spirited female characters—and this edition has a fresh new cover to match the vibrancy of these heroines.

Little Women has long been one of the most enduringly beloved classics of children's literature, as popular with adults as it is with young readers. Generations have been entranced by the adventures of the four March sisters, each with their distinct and realistic virtues and flaws: tomboyish, ambitious Jo; frail and sweet Beth; beautiful, confident Meg; and artistic, willful Amy. With their patient mother, Marmee, they survive the hardships of the Civil War and the dramas and tragedies of family life.

Louisa May Alcott: Louisa May Alcott, born in 1832, was the second child of Bronson Alcott of Concord, Massachusetts, a self-taught philosopher, school reformer, and utopian who was much too immersed in the world of ideas to ever succeed in supporting his family. That task fell to his wife and later to his enterprising daughter Louisa May. While her father lectured, wrote, and conversed with such famous friends as Emerson, Hawthorne, and Thoreau, Louisa taught school, worked as a seamstress and nurse, took in laundry, and even hired herself out as a domestic servant at age nineteen. The small sums she earned often kept the family from complete destitution, but it was through her writing that she finally brought them financial independence. “I will make a battering-ram of my head,” she wrote in her journal, “and make a way through this rough-and-tumble world.”

An enthusiastic participant in amateur theatricals since age ten, she wrote her first melodrama at age fifteen and began publishing poems and sketches at twenty-one. Her brief service as a Civil War nurse resulted in Hospital Sketches (1863), but she earned more from the lurid thrillers she began writing in 1861 under the pseudonym of A.M. Barnard. These tales, with titles like “Pauline’s Passion and Punishment,” featured strong-willed and flamboyant heroines but were not identified as Alcott’s work until the 1940s.

Fame and success came unexpectedly in 1868. When a publisher suggested she write a “girl’s book,” she drew on her memories of her childhood and wrote Little Women, depicting herself as Jo March, while her sisters Anna, Abby May, and Elizabeth became Meg, Amy, and Beth. She re-created the high spirits of the Alcott girls and took many incidents from life but made the March family financially comfortable as the Alcotts never had been. Little Women, to its author’s surprise, struck a cord an America’s largely female reading public and became a huge success. Louisa was prevailed upon to continue the story, which she did in Little Men (1871) and Jo’s Boys (1886.) In 1873 she published Work: A Story of Experience, an autobiography in fictional disguise with an all too appropriate title.

Now a famous writer, she continued to turn out novels and stories and to work for the women’s suffrage and temperance movements, as her father had worked for the abolitionists. Bronson Alcott and Louisa May Alcott both died in Boston in the same month, March of 1888.