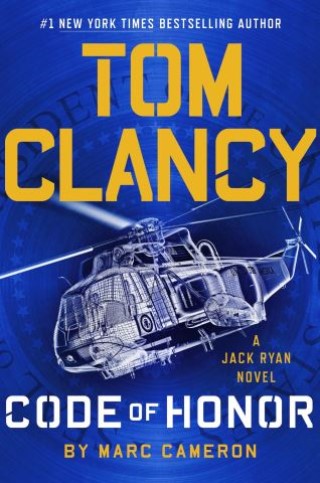 As President of the United States, Jack Ryan has faced many challenges, but none have been as personal as this and never has he been this helpless in the face of evil in the latest entry in Tom Clancy's #1 New York Times bestselling series.

Father Pat West, S.J. was a buddy of the young Jack Ryan when they were both undergraduates at Boston College. Father West left a comfortable job in the philosophy department at Georgetown to work with the poor in Indonesia. Now he's been arrested and accused of blasphemy against Islam.

President Ryan is desperate to rescue his old friend, but he can't move officially against the Indonesians. Instead he relies on the Campus team to find out who is framing the priest.

There's one other twist to the story. President Ryan discovers a text on his private cell phone from the priest warning about a coming attack against America...

Marc Cameron: A little more than thirty years ago, Tom Clancy was a Maryland insurance broker with a passion for naval history. Years before, he had been an English major at Baltimore's Loyola College and had always dreamed of writing a novel. His first effort, The Hunt for Red October, sold briskly as a result of rave reviews, then catapulted onto the New York Times bestseller list after President Reagan pronounced it "the perfect yarn." From that day forward, Clancy established himself as an undisputed master at blending exceptional realism and authenticity, intricate plotting, and razor-sharp suspense. He passed away in October 2013.

A native of Texas, Marc Cameron spent twenty-nine years in law enforcement. He served as a uniformed police officer, mounted (horse patrol) officer, SWAT officer, and a U.S. Marshal. Cameron is conversant in Japanese, and travels extensively researching his New York Times-bestselling Jericho Quinn novels. Cameron's books have been nominated for both the Barry Award and the Thriller Award.