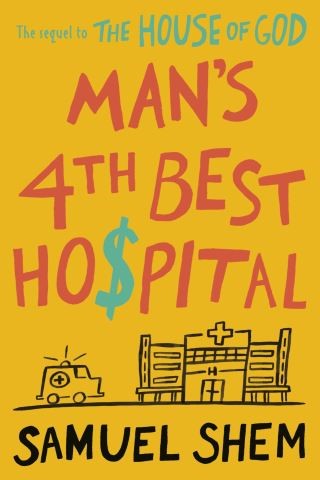 Years after the events of The House of God, the Fat Man has been given leadership over a new Future of Medicine Clinic at what is now only Man's 4th Best Hospital, and has persuaded Dr. Roy Basch and some of his intern cohorts to join him to teach a new generation of interns and residents. In a medical landscape dominated by computer screens and corrupted by money, they have one goal: to make medicine humane again.

What follows is a mesmerizing, heartbreaking, and hilarious exploration of how the health-care industry, and especially doctors, have evolved over the past thirty years.

Samuel Shem: Samuel Shem is a novelist, playwright, and a member of the faculty of the New York University School of Medicine at NYU Langone Medical Center. His novels include The House of God, Mount Misery, Fine, and The Spirit of the Place. He is coauthor with his wife, Janet Surrey, of the hit Off-Broadway play Bill W. and Dr. Bob, the story of the founding of Alcoholics Anonymous (winner of the 2007 Performing Arts Award of the National Council on Alcoholism and Drug Dependence), and We Have to Talk: Healing Dialogues Between Men and Women.