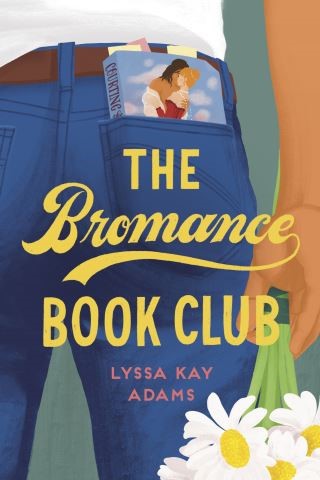 The first rule of book club: You don't talk about book club.

Nashville Legends second baseman Gavin Scott's marriage is in major league trouble. He’s recently discovered a humiliating secret: his wife Thea has always faked the Big O. When he loses his cool at the revelation, it’s the final straw on their already strained relationship. Thea asks for a divorce, and Gavin realizes he’s let his pride and fear get the better of him.

Welcome to the Bromance Book Club.

Distraught and desperate, Gavin finds help from an unlikely source: a secret romance book club made up of Nashville's top alpha men. With the help of their current read, a steamy Regency titled Courting the Countess, the guys coach Gavin on saving his marriage. But it'll take a lot more than flowery words and grand gestures for this hapless Romeo to find his inner hero and win back the trust of his wife.

Lyssa Kay Adams: Lyssa Kay Adams read her first romance novel at way too young of an age when she swiped one from her grandmother’s stash. After a long journalism career in which she had to write way too many sad endings, she decided to return to the stories that guaranteed a happy ever after. Once described as “funny, adorable, and a wee-bit heartbreaking,” Lyssa’s books feature women who always get the last word, men who aren’t afraid to cry, and dogs. Lots of dogs. Lyssa writes full time from her home in Michigan, where she lives with her sports writer husband, her wickedly funny daughter, and a spoiled Maltese who likes to be rocked to sleep like a baby. When she’s not writing, she’s cooking or driving her daughter around from one sporting event to the next. Or rocking the dog.