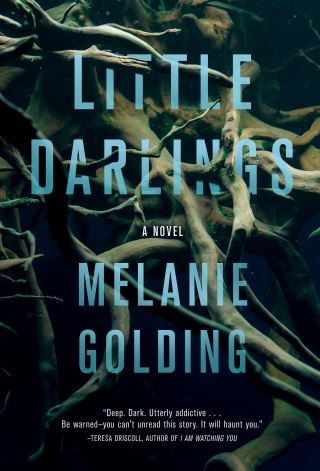 SOON TO BE A MAJOR MOTION PICTURE

Everyone says Lauren Tranter is exhausted, that she needs rest. And they’re right; with newborn twins, Morgan and Riley, she’s never been more tired in her life. But she knows what she saw: that night, in her hospital room, a woman tried to take her babies and replace them with her own...creatures. Yet when the police arrived, they saw no one. Everyone, from her doctor to her husband, thinks she’s imagining things.

A month passes. And one bright summer morning, the babies disappear from Lauren’s side in a park. But when they’re found, something is different about them. The infants look like Morgan and Riley—to everyone else. But to Lauren, something is off. As everyone around her celebrates their return, Lauren begins to scream, These are not my babies.

Determined to bring her true infant sons home, Lauren will risk the unthinkable. But if she’s wrong about what she saw...she’ll be making the biggest mistake of her life.

Compulsive, creepy, and inspired by some of our darkest fairy tales, Little Darlings will have you checking—and rechecking—your own little ones. Just to be sure. Just to be safe.

Melanie Golding: Melanie Golding is a graduate of the MA in creative writing program at Bath Spa University, with distinction. She has been employed in many occupations including farm hand, factory worker, childminder and music teacher. Throughout all this, because and in spite of it, there was always the writing. In recent years she has won and been shortlisted in several local and national short story competitions. Little Darlings is her first novel, and has been optioned for screen by Free Range Films, the team behind the adaptation of My Cousin Rachel.