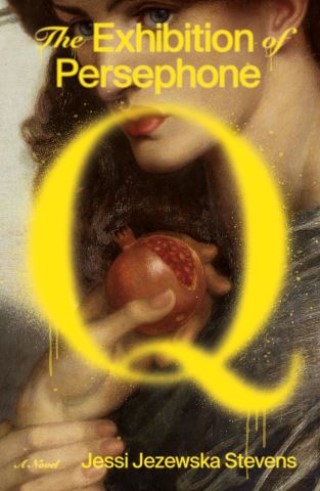 The Exhibition of Persephone Q

A WALL STREET JOURNAL AND VOGUE MOST ANTICIPATED BOOK OF 2020

"A triumph of tone and intelligence. Percy Q's perspective is skewed and searching at once, and through her eyes, we see afresh not only New York's post-9/11 landscape but also the world of art, and love, and the process of becoming." —Rivka Galchen, author of Atmospheric Disturbances

Percy is pregnant. She hasn’t told a soul. Probably she should tell her husband—certainly she means to—but one night she wakes up to find she no longer recognizes him. Now, instead of sleeping, Percy is spending her nights taking walks through her neighborhood, all the while fretting over her marriage, her impending motherhood, and the sinister ways the city is changing.

Amid this alienation—from her husband, home, and rapidly changing body—a package arrives. In it: an exhibition catalog for a photography show. The photographs consist of a series of digitally manipulated images of a woman lying on a bed in a red room. It takes a moment for even Percy to notice that the woman is herself . . . but no one else sees the resemblance.

Percy must now come to grips with the fundamental question of identity in the digital age: To what extent do we own our own image, and to what extent is that image shaped by the eyes of others?

Capturing perfectly the haunted atmosphere of Manhattan immediately after 9/11—and the simmering insanity of America ever since—Jessi Jezewska Stevens's The Exhibition of Persephone Q is a darkly witty satire about how easy it is to lose ownership of our own selves.

Jessi Jezewska Stevens: Jessi Jezewska Stevens holds a BA in mathematics from Middlebury College and an MFA in fiction from Columbia University. Her stories and essays have appeared in The Paris Review, Tin House, Guernica, BOMB, and elsewhere. She lives in New York, where she teaches fiction. The Exhibition of Persephone Q is her debut novel.