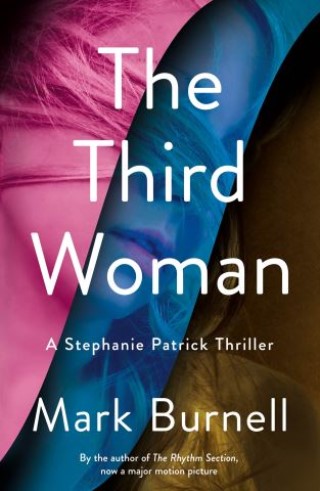 Mark Burnell's The Third Woman is a Stephanie Patrick Thriller, continuing the story of the international spy from The Rhythm Section, the basis of the major motion picture from the producers of the James Bond film series, starring Blake Lively and Jude Law.

Petra was an identity handed to Stephanie. A shell to inhabit. And in those days there had been a boss. A man who had regulated every aspect of her life. But as time passed, flesh and fabric had merged and Stephanie had become Petra. Or was it the other way around?

Icily professional, Stephanie has been living life as her alias—the professional terrorist Petra—to the fullest. Having completed an intelligence contract in St. Petersburg she returns home, but civilian life eludes her when she is lured to France by the call of a friend in need. In Paris, a bomb blast triggers a chain of events which contaminates every aspect of Stephanie's life. It's clear that she's been betrayed. But by whom?

Before she can run from the threat, she must identify it. Stephanie saves herself by taking a hostage, but soon the tension between captive and captor accelerates dangerously beyond her control. As powers shift critically, Stephanie struggles to maintain Petra's professional cool, and to hold herself together. Ultimately, she's the only one who can save them—but will it be at the price of the hostage's life?

Mark Burnell: MARK BURNELL was born in Northumberland, England, and grew up in Brazil. He is a novelist and screenwriter. His debut novel, The Rhythm Section, the first in a series of thrillers featuring Stephanie Patrick, is soon to be a major motion picture. Burnell lives in London with his family.