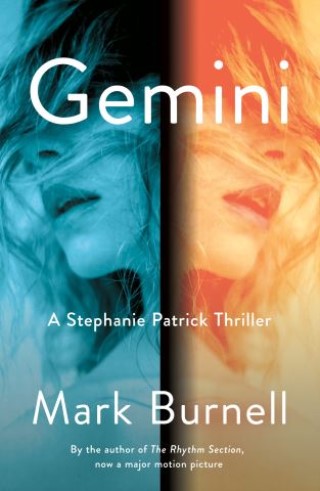 A Stephanie Patrick Thriller from Mark Burnell, Gemini continues the story of the international spy from The Rhythm Section, the basis of the major motion picture from the producers of the James Bond film series, starring Blake Lively and Jude Law.

Around the world, my face has many names. Long ago, when I was a complete person, I was somebody called Stephanie Patrick. But almost nobody remembers her now. Sometimes, not even me.

Stephanie Patrick has left behind the dark world of spies, lies, and aliases, to live a normal civilian life in London. But then a shocking discovery envelops her, forcing her back into her former life. Scientific and weapons secrets and personnel are being sent via the people-smuggling routes from China, through Albania and the former Yugoslavia to Europe and Britain.

Stephanie's personal feelings for one of the victims of this trade causes her to make a rare professional mistake, and the consequences are far-reaching, vicious and challenging, even for her skills and expertise.

Mark Burnell: MARK BURNELL was born in Northumberland, England, and grew up in Brazil. He is a novelist and screenwriter. His debut novel, The Rhythm Section, the first in a series of thrillers featuring Stephanie Patrick, is soon to be a major motion picture. Burnell lives in London with his family.