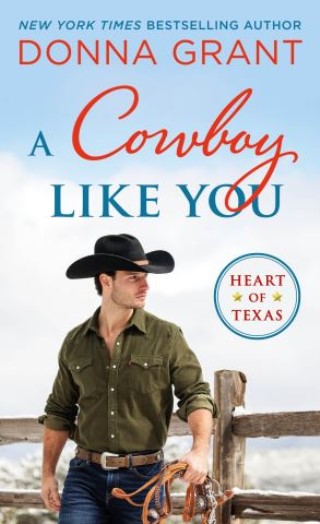 In the Heart of Texas, a heartthrob cowboy may get his second chance at love…

Danny Oldman, the handsome Lone Star sheriff, is still single. He tells himself, and anyone who asks, that he is married to his job—and what matters most is keeping the people of his beloved Texas hometown safe. The truth? Danny still hasn’t gotten over his high school crush. She moved away after graduation and took Danny’s heart with her.

Skylar Long never thought she would have to flee Houston and return home—where it all began for her. But that’s what happened after the man of her dreams turned out to be an actual nightmare. Now, Skylar is desperate to escape her obsessive boyfriend. Nothing shocks her more than seeing Danny again and realizing that their long-ago attraction is more powerful than ever. But can she and Danny find a way to fight against Skylar’s wealthy, powerful ex who is dead set on tearing them apart?

“Filled with passion, suspense, and strong characters.”—Rendezvous with Romance on My Favorite Cowboy (5 stars)