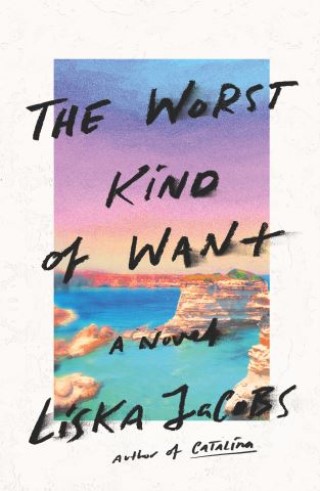 The Worst Kind of Want

A trip to Italy reignites a woman’s desires to disastrous effect in this dark ode to womanhood, death, and sex

To cool-headed, fastidious Pricilla Messing, Italy will be an escape, a brief glimpse of freedom from a life that's starting to feel like one long decline.

Rescued from the bedside of her difficult mother, forty-something Cilla finds herself called away to Rome to keep an eye on her wayward teenage niece, Hannah. But after years of caregiving, babysitting is the last thing Cilla wants to do. Instead she throws herself into Hannah's youthful, heedless world—drinking, dancing, smoking—relishing the heady atmosphere of the Italian summer. After years of feeling used up and overlooked, Cilla feels like she's coming back to life. But being so close to Hannah brings up complicated memories, making Cilla restless and increasingly reckless, and a dangerous flirtation with a teenage boy soon threatens to send her into a tailspin.

With the sharp-edged insight of Ottessa Moshfegh and the taut seduction of Patricia Highsmith, The Worst Kind of Want is a dark exploration of the inherent dangers of being a woman. In her unsettling follow-up to Catalina, Liska Jacobs again delivers hypnotic literary noir about a woman whose unruly desires and troubled past push her to the brink of disaster.

Liska Jacobs: Liska Jacobs is the author of Catalina, and her essays and short fiction have appeared in The Rumpus, the Los Angeles Review of Books, Literary Hub, The Millions, and The Hairpin, among other publications. She holds an MFA from the University of California, Riverside.