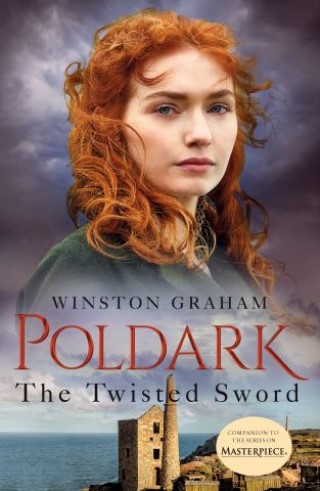 Demelza sees a horseman riding down the valley and senses disruption to the domestic contentment she has fought so hard to achieve. For Ross has little option but to accept the summons – and travel to Paris with his family, as an 'observer' of the French armed forces.

Parisian life begins well with an exhilarating round of balls and parties. But the return of Napoleon brings separation, distrust and danger to the Poldarks . . . and always for Demelza there is the shadow of the secret she does not even share with Ross.

In his Poldark series, Winston Graham explores the complications of love lost and the class struggle of early 19th-century England with a light comic touch. The Twisted Sword is followed by the twelfth book in the Poldark series, Bella Poldark.

Winston Graham: WINSTON GRAHAM is the author of more than forty novels which have been translated into seventeen languages. Six of his books have been made into films, the most notable being Marnie, directed by Alfred Hitchcock. The first TV adaptation of the Poldark series was enormously successful and the new one is being shown widely around the world. Winston Graham was a Fellow of the Royal Society of Literature and in 1983 was awarded the Officer of the Order of the British Empire (OBE). He died in 2003.