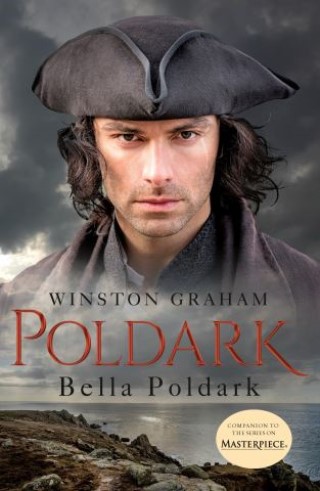 We continue the tale of Ross and Demelza; of the wayward Valentine Warleggan, whose existence keeps open the old wounds of the feud between Ross and George; of Bella, the Poldarks' youngest daughter, whose precocious talent as a singer is encouraged by her old flame, Christopher Havergal, and by a distinguished French conductor, who has more in mind than Bella's music; of Clowance, the Poldarks' widowed daughter, who considers remarriage to one of two rival suitors; and of a murderer who stalks the villages of west Cornwall.

In his Poldark series, Winston Graham explores the complications of love lost and the class struggle of early 19th-century England with a light comic touch. Bella Poldark is the final Poldark book.

Winston Graham: WINSTON GRAHAM is the author of more than forty novels, including Cordelia, Marnie, The Walking Stick, Stephanie, and the Poldark Series. His novels have been translated into seventeen languages. Six of his books have been made into films, the most notable being Marnie, directed by Alfred Hitchcock. The first television adaptation of the Poldark series was enormously successful and the new adaptation is being shown widely around the world. Winston Graham was a Fellow of the Royal Society of Literature and in 1983 was awarded the Officer of the Order of the British Empire (OBE). He died in 2003.