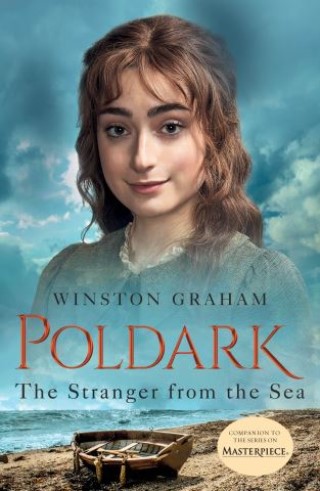 The Stranger from the Sea

The Stranger From the Sea is the eighth novel in Winston Graham's hugely popular Poldark series, and continues the story after the fifth TV series, which has become an international phenomenon, starring Aidan Turner.

Cornwall 1810. The Poldark family awaits the return of Ross from his mission to Wellington's army in Portugal. But their ordered existence ends with Jeremy Poldark's dramatic rescue of the stranger from the sea.

Stephen Carrington's arrival in the Poldark household changes all their lives. For Clowance and Jeremy in particular, the children of Ross and Demelza, Stephen's advent is the key to a new world – one of both love and danger.

The Stranger From The Sea is followed by the ninth book in the Poldark series, The Miller's Dance.

Winston Graham: WINSTON GRAHAM was the author of more than forty novels which have been translated into seventeen languages. Six of his books have been made into films, the most notable being Marnie, directed by Alfred Hitchcock. The first TV adaptation of the Poldark series was enormously successful and the new one is being shown widely around the world. Winston Graham was a Fellow of the Royal Society of Literature and in 1983 was awarded the Officer of the Order of the British Empire (OBE). He died in 2003.