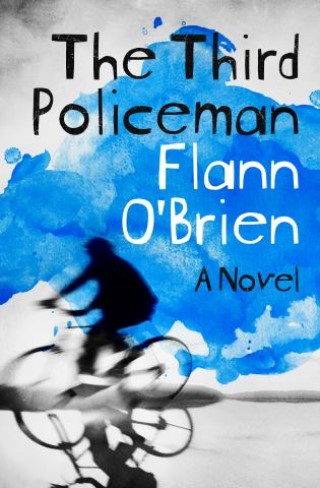 One man wants to publish, so another must perish, in this darkly witty philosophical novel by “a spectacularly gifted comic writer” (Newsweek).

The Third Policeman follows a narrator who is obsessed with the work of a scientist and philosopher named de Selby (who believes that Earth is not round but sausage-shaped)—and has finally completed what he believes is the definitive text on the subject. But, broke and desperate for money to get his scholarly masterpiece published, he winds up committing robbery—and murder.

From here, this remarkably imaginative dark comedy proceeds into a world of riddles, contradictions, and questions about the nature of eternity as our narrator meets some policemen with an obsession of their own (specifically, bicycles), and engages in an extended conversation with his dead victim—and his own soul, which he nicknames Joe.

By the celebrated Irish author praised by James Joyce as “a real writer, with the true comic spirit,” The Third Policeman is an incomparable work of fiction.

“’Tis the odd joke of modern Irish literature—of the three novelists in its holy trinity, James Joyce, Samuel Beckett and Flann O’Brien, the easiest and most accessible of the lot is O’Brien. . . . Flann O’Brien was too much his own man, Ireland’s man, to speak in any but his own tongue.” —The Washington Post