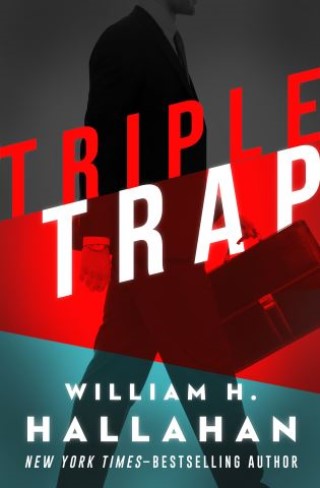 Intelligence operative Charlie Brewer has been a lone wolf since he took the fall for the CIA in a previous case. But now the official moles need him again, and though there’s no love lost, Brewer can’t resist a challenge as big as this. The target: a Soviet superspy posing as Eric Marten, a Swiss businessman with an opulent lifestyle who lives in a castle, collects art, and buys fabulous jewelry for his girlfriends. However, Eric Marten is the greatest international smugger in history. He can snatch virtually any piece of US technology for his Soviet bosses. Thanks to Marten’s diabolical genius, whole cases of computer parts disappear right from under the eyes of veteran CIA agents; blueprints for top-secret American weapons end up at the Kremlin. Marten has to be stopped. But the CIA doesn’t know his real name, much less who he is or how to catch him. It’s up to Brewer—and Marten knows it.

“[Hallahan at his brisk best] . . . The action is lean and satisfying with a formidably tenacious hero, a charismatic post-glasnost villain, some clever spy puzzles and just the right dash of Le Carré-inspired cynicism.” —Kirkus Reviews

William H. Hallahan:
William H. Hallahan (1925–2019) was an Edgar Award–winning American author whose works spanned genres but who was best known for his bestselling mystery and occult novels. His first novel, The Dead of Winter, was nominated for the Edgar Award for Best First Mystery Novel, and his suspense novel, Catch Me: Kill Me, won the Edgar Award for Best Mystery Novel. Hallahan’s occult novel, The Search for Joseph Tully, was a New York Times bestseller and hailed as one of the best books of its genre. For the book opening, mock gravestones that read “Here Lies Joseph Tully” were lined up and down Park Avenue in New York. His other works of fiction include The Ross Forgery, Keeper of the Children, The Trade, The Monk, Foxcatcher, and Tripletrap. His works were translated into many languages and released throughout the world.

Hallahan was born in the shadow of Ebbets Field, Brooklyn; spent three years in the Navy; graduated with honors and a master’s degree from Temple University; and worked variously as a college English professor, a copywriter, and an ad agency proprietor in his own agency, Hallahan Incorporated.