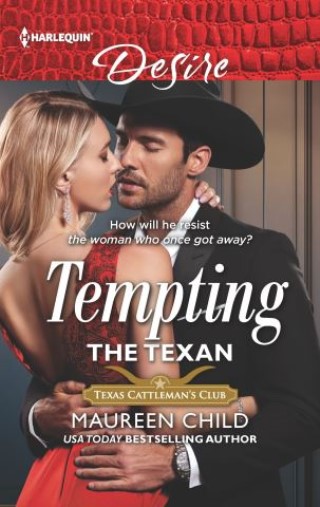 In the fight for his family’s legacy,

will this former flame consume him?

Rancher Kellan Blackwood is poised to fight the gold-digging stepmother who inherited his father’s empire. He doesn’t expect Irina Romanov, his father’s former maid—and Kellan’s long-ago lover—to block his way. Though Irina may hold secrets about his father’s motives, Kellan must keep his hands off. For the twice-tempted, secret lovers who once set Texas ablaze, that’s easier said than done.

Maureen Child: Maureen Child is the author of more than 130 romance novels and novellas that routinely appear on bestseller lists and have won numerous awards, including the National Reader's Choice Award. A seven-time nominee for the prestigous RITA award from Romance Writers of America, one of her books was made into a CBS-TV movie called THE SOUL COLLECTER.  Maureen recently moved from California to the mountains of Utah and is trying to get used to snow.