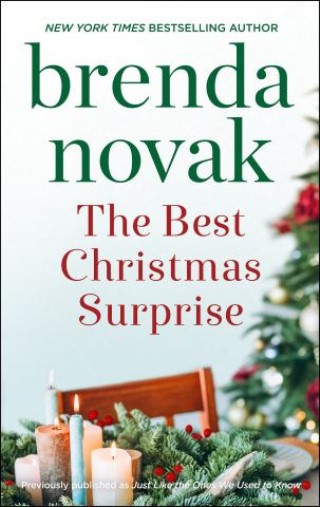 Your Christmas wish come true! Enjoy this touching classic by New York Times bestselling author Brenda Novak, originally published under the title Just Like the Ones We Used to Know in the 2006 anthology Once Upon a Christmas.

Angela Forrester’s foster child Kayla has just one wish for Christmas…to meet her real dad. Angela is determined to ensure Kayla gets her wish, even though Matt Jackson has no idea he has a child at all. When Angela meets Matt, she doesn’t have a chance to tell him about his little girl before sparks instantly fly between them, complicating matters. Will he turn tail and run when he learns the truth, or will he be the man and father they always dreamed of?

Brenda Novak: New York Times bestselling author Brenda Novak has written over 60 novels. An eight-time Rita nominee, she's won The National Reader's Choice, The Bookseller's Best and other awards. She runs Brenda Novak for the Cure, a charity that has raised more than $2.5 million for diabetes research (her youngest son has this disease). She considers herself lucky to be a mother of five and married to the love of her life. www.brendanovak.com