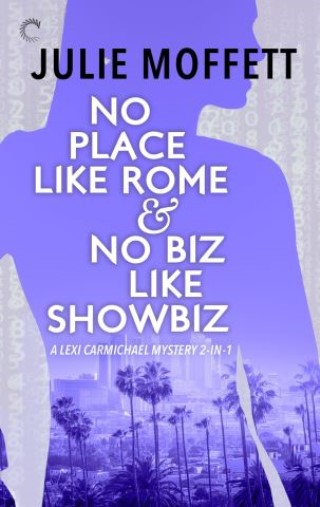 Secrets, lies, and dead bodies. Just another week in the life of geek-girl Lexi Carmichael…

Italy might seem like a long way to go to hide after a disastrous date. But when sexy Ùberhacker Slash (no, that’s not his real name) asks me to go with him to Rome on an investigation, the timing is sort of perfect. My messed-up love life becomes the least of my worries, though, after the dead body, the near-kidnapping and the discovery of a top secret encrypted file that even I can’t hack.

With time running out, there’s only one thing to do: call in the legendary Zimmerman twins and my best fluent-in-Italian friend, Basia, to crack the code. Now if only someone could help me solve the mystery of whether Slash is flirting, or if all the kissing is just one of those “when in Rome” things…

But when we finally uncover the secret someone would kill to keep, it’s up to me to solve the case and save the lives of my best friends.

Okay, so it’s not exactly as it seems, but that’s what’s happening on the dating reality show called Geeks Get Some that I, geek extraordinaire Lexi Carmichael, have been called to work on. Not that I’m a fan of reality shows (I can barely deal with my own reality). Still, I’ve been sent to Hollywood to find a hacker who’s screwing with the results of the show’s online voting system.

So what happens when I get there? Well, the producers convince me to continue my investigation from the inside. And what should be an easy hunt for the hacker turns ugly when he sets his sights on me. Add to that a studio obsessed with ratings, a bunch of nerdy contestants, and my own confusing love life, and unraveling this mystery might make me a star...or get me killed.