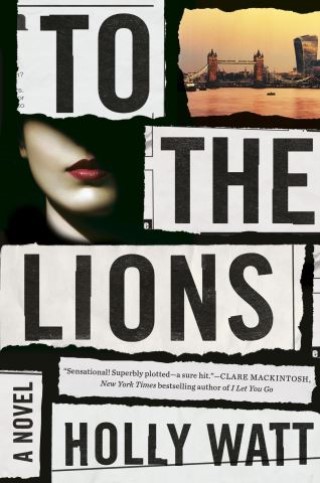 An international thriller featuring a female journalist who stumbles upon a dark conspiracy, and her determination to follow the clues, no matter how far that takes her.

Casey Benedict, star reporter at the Post, has infiltrated the lives and exposed the lies of countless politicians and power players. Using her network of contacts, and her ability to slip into whatever identity suits the situation, Casey is always on the search for the next big story, no matter how much danger this might place her in, or what the cost might be, emotionally.

Tipped off by an overheard conversation at an exclusive London nightclub, she begins to investigate the apparent suicide of a wealthy young British man whose death has left his fiancée and family devastated. The young man's death, however, is only the tipping point of a much more sinister and dangerous scandal involving the world's most powerful leaders and magnates—men who are gathering in northern Africa for an extreme and secret hunt. With fellow reporter Miranda and combat veteran Ed by her side, Casey's determined hunt for the truth will take her from the glitz of St. Tropez to the deserts of Libya and on to the very darkest corners of the human mind.

Holly Watt: As an investigative journalist, Holly Watt has written about the refugee crisis, traveling to Libya, Lebanon, and Zaatari refugee camps in Jordan, and covered stories ranging from the Panama Papers to chasing modern-day pirates in the Indian Ocean. She has written for the Sunday Times, the Telegraph, and the Guardian. She lives in London. To the Lions is her first novel.