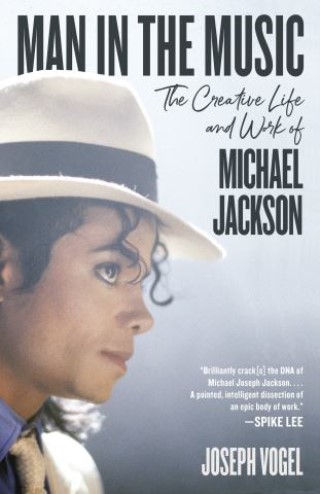 Man in the Music

For half a century, Michael Jackson’s music has been an indelible part of our cultural consciousness. Landmark albums such as Off the Wall and Thriller shattered records, broke racial barriers, amassed awards, and set a new standard for popular music. While his songs continue to be played in nearly every corner of the world, however, they have rarely been given serious critical attention. The first book dedicated solely to exploring his creative work, Man in the Music guides us through an unparalleled analysis of Jackson’s recordings, album by album, from his trailblazing work with Quincy Jones to his later collaborations with Teddy Riley, Jimmy Jam, Terry Lewis, and Rodney Jerkins. Drawing on rare archival material and on dozens of original interviews with the collaborators, engineers, producers, and songwriters who helped bring the artist’s music into the world, Jackson expert and acclaimed cultural critic Joseph Vogel reveals the inspirations, demos, studio sessions, technological advances, setbacks and breakthroughs, failures and triumphs, that gave rise to an immortal body of work.

Joseph Vogel: Joseph Vogel’s work has been featured in The Atlantic, Slate, Forbes, The Guardian, the Huffington Post, and PopMatters, among other publications. He has appeared in numerous documentaries, including Bad 25 and Michael Jackson’s Journey from Motown to Off the Wall, both directed by Spike Lee. He wrote the liner notes for the posthumous Michael Jackson album Xscape and contributed the entry for Thriller to the National Recording Registry for the Library of Congress. Vogel is an assistant professor at Merrimack College in Massachusetts.