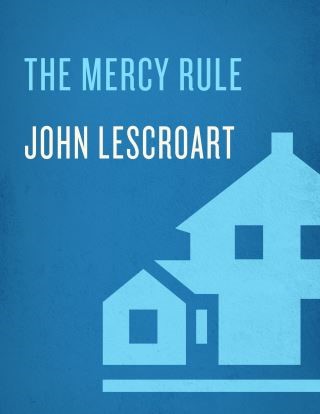 “A stylish whodunit . . . Lescroart [is] in his best form yet.”—People

Once Dismas Hardy was a cop. Now he spends his days in a lawyer’s suit, billing hours to a corporate client in a downtown San Francisco office. Hardy’s wife and kids like it that way. Then one client changes everything.

Graham Russo, a former baseball star, is charged with murdering his dying father. Was it suicide, the last desperate act of a dying man? Was it murder? Or mercy?

Now, as a carnival of reporters, activists, cops, lovers, and families throng around the case, Dismas Hardy is going to trial with a client he doesn’t trust, a key witness he cannot believe, and a system that almost destroyed him once. For Dismas, this case will challenge everything he believes about the law, about his family, and about himself. Because a chilling truth is beginning to emerge about an old man’s lonely death. And what Dismas knows could put him next in line to die. . . .

Praise for The Mercy Rule

“As usual in a Lescroart novel, character dominates plot as the author proves, yet again, that resonant drama can be found in family.”—The Philadelphia Inquirer

“An edge-of-the-seat legal thriller that has it all—hot-button issues, deception, greed, corruption, and a labyrinthine plot that will keep you guessing until the very last page.”—Faye Kellerman

John Lescroart: John Lescroart is the New York Times bestselling author of numerous legal thrillers and mysteries, most of them set in contemporary San Francisco. Among his novels are The Fall, The Keeper, The Ophelia Cut, The Hunt Club, The Second Chair, The First Law, Nothing but the Truth, and Dead Irish, as well as two novels featuring Auguste Lupa, the reputed son of Sherlock Holmes.