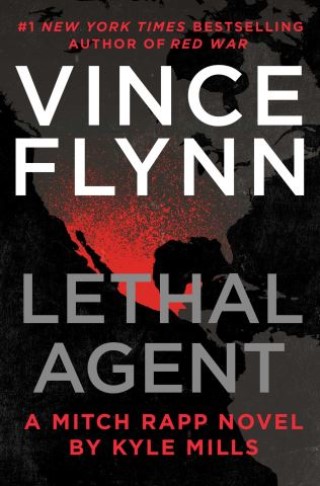 An unprecedented and terrifying bioterrorism plot threatens to kill millions in the midst of a divisive presidential election in this new thriller from the #1 New York Times bestselling Mitch Rapp series.

A toxic presidential election is underway in an America already badly weakened by internal divisions. While politicians focus entirely on maintaining their own power and privilege, ISIS kidnaps a brilliant French microbiologist and forces him to begin manufacturing anthrax. Slickly produced videos chronicling his progress and threatening an imminent attack are posted to the Internet, intensifying the hysteria gripping the US.

ISIS recruits a Mexican drug cartel to smuggle the bioweapon across the border, but it’s really just a diversion. The terrorist organization needs to keep Mitch Rapp and Irene Kennedy distracted long enough to weaponize a deadly virus that they stumbled upon in Yemen. If they succeed, they’ll trigger a pandemic that could rewrite the world order.

Rapp embarks on a mission to infiltrate the Mexican cartels and track down the ISIS leader who he failed to kill during their last confrontation. But with Washington’s political elite increasingly lined up against him, he knows he’ll be on his own.

Vince Flynn: #1 New York Times bestselling author Vince Flynn (1966–2013) created one of contemporary fiction’s most popular heroes: CIA counterterrorist agent Mitch Rapp, featured in thirteen of Flynn’s acclaimed political thrillers. All of his novels are New York Times bestsellers, including his stand-alone debut novel, Term Limits.Kyle Mills is the #1 New York Times bestselling author of nineteen political thrillers, including Red War for Vince Flynn and The Patriot Attack for Robert Ludlum. He initially found inspiration from his father, the former director of Interpol, and still draws on his contacts in the intelligence community to give his books such realism. Avid outdoor athletes, he and his wife have lived in Jackson Hole, Wyoming, for over twenty years. Visit his website at KyleMills.com.