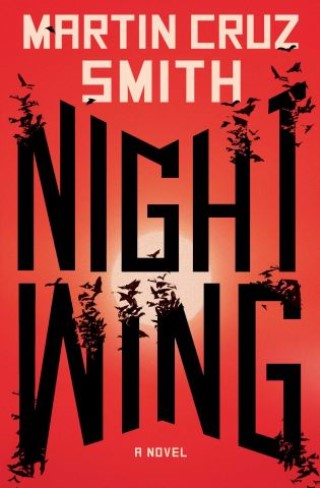 From Martin Cruz Smith, the internationally bestselling author of Gorky Park, comes a reissue of Nightwing, the million-copy bestseller that Stephen King called “one of the best horror novels in the last twenty years.”

As darkness gathers, the sky is filled with frantic motion and maddening murmurs. In an effort to end the world, an unhappy, aging Native American shaman invokes the Hopi god of death. Those around him remain skeptical, dismissing him as crazy old man. Then they discover his mutilated, bloody body and soon other similarly disfigured bodies begin to appear. Horses, sheep, cattle—no living thing is safe. But what is causing the horrible deaths? Deputy Sheriff Duran is called back to the reservation to investigate. Immediately, Duran recognizes the significance of the shaman’s spell and, with the help of two scientists, he works to combat the supernatural scourge—before there’s nothing left to save.

Martin Cruz Smith: Martin Cruz Smith’s novels include Gorky Park, Stallion Gate, Nightwing, Polar Star, Stalin’s Ghost, Rose, December 6, Tatiana, The Girl from Venice, and The Siberian Dilemma. He is a two-time winner of the Hammett Prize, a recipient of the Mystery Writers of America’s Grand Master Award and Britain’s Golden Dagger Award, and a winner of the Premio Piemonte Giallo Internazionale. He lives in California.