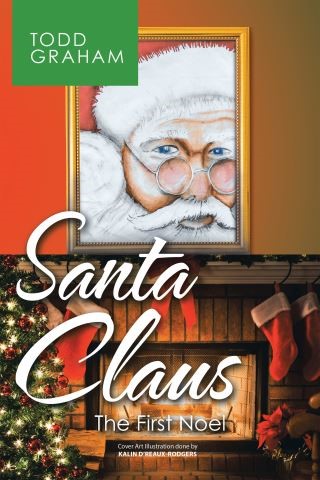 Christmas has been under attack for years, thanks to the evil Ice Queen and her mother, Emma Frostbite, the Empress of the North. With the power of a troll army and Nutcracker war machine behind them, the Queen and her mother have now set their sights on the last remaining Christmas stronghold, the twin cities of Feliz and Navidad. Now that Christmas bells, songs, and the spirit have been taken away for good, this just may be the end of Christmas in the world. Sixteen-year-old orphan Nicholas Claus isn’t about to let this happen. Fueled by an indomitable Christmas spirit, Nicholas embarks on a quest to seek help from a mysterious woman called Christmas Carol, stop the Ice Queen, and hopefully restore Christmas to its ultimate glory. While following clues hidden in a special snow globe, he is joined by allies as they attempt to find Christmas Carol and battle forces bent on destroying the holiday. As Nicholas and his friends set out on a hero’s mission to Tannenbaum, Feliz, Navidad, and the North Pole, he has no idea that his journey is about to lead him to receive the best Christmas gift ever. Santa Claus: The First Noel continues the tale of a young man’s quest to save Christmas from the destructive claws of an evil Ice Queen and her frosty mother.