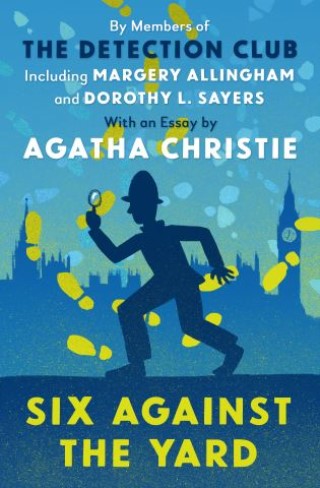 Six Against the Yard

Founded in England in the 1930s, the Detection Club brought together an impressive array of Golden Age Mystery authors. Their projects included The Floating Admiral, a whodunit in which twelve different writers contributed individual chapters, as well as Ask a Policeman, another collaboration in which the mystery writers swapped detectives to solve a murder.

In Six Against the Yard, a half dozen mystery masters—Margery Allingham, Father Ronald Knox, Anthony Berkeley, Russell Thorndike, Dorothy L. Sayers, and Freeman Wills Crofts—each create a perfect crime, a seemingly unsolvable mystery. The stories are then analyzed by Ex-Superintendent Cornish, C.I.D., a real-life retired police detective, to see if they would indeed stump Scotland Yard. This edition also features an afterword by inaugural Detection Club member Agatha Christie on a true unsolved case of arsenic poisoning in Britain in 1929.