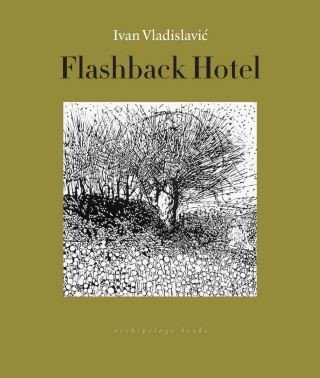 Collects two volumes of short stories by one of contemporary South Africa's most acclaimed novelists.

With a tender wit, Vladislavić cuts through the ordinary, the profound, and the truly perplexing to reveal absurdities and truisms alike. From a man who forms a strong emotional attachment to his neighbor's wall to the etymology-obsessed inventor of the Omniscope, Vladislavic's characters are as well-constructed as his sentences and as playful as his prose. Flashback Hotel collects two volumes of short stories by one of contemporary South Africa's most acclaimed novelists.

Ivan Vladislavic: Ivan Vladislavic is the author of the novels The Restless Supermarket, The Folly, and Double Negative, and the short story collections Flashback Hotel and The Exploded View. His most recent novel is The Distance. In 2006, he published Portrait with Keys: The City of Johannesburg Unlocked, a sequence of documentary texts on Johannesburg. TJ/Double Negative, a collaboration with photographer David Goldblatt, received the 2011 Kraszna-Krausz Award for best photography book. His work has won the Sunday Times Fiction Prize, the Alan Paton Award, the University of Johannesburg Prize, and the 2015 Windham Campbell Prize for fiction. He lives in Johannesburg where he is a Distinguished Professor in Creative Writing at the University of the Witwatersrand.