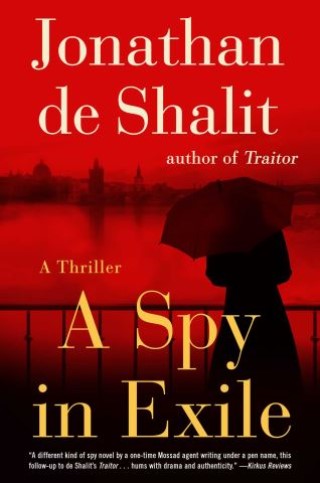 A Spy in Exile

From the author of the internationally bestselling “supremely effective, cunningly crafted” (The Providence Journal) thriller Traitor, a cerebral and suspenseful novel of high-stakes intrigue in Israel’s top intelligence agency.

After Ya’ara Stein is forced out of her job at the Mossad—the secret intelligence service of Israel—she is called upon by the Prime Minister for a classified job. Known for her aptitude, beauty, and deadliness, Stein is asked to set up a secret unit that will act independently, answerable only to the Prime Minister.

This streamlined and deadly unit, filled with bright young men and women recruited and trained by Stein, quickly faces threats both old and new. Descendants of the lethal militant Red Army Faction have returned to terrorize Europe and fears of a radical Islam splinter group force the unit to distinguish between facts and smoke screens. As Stein’s cadets struggle to crush these threats, they soon discover how easily the hunter can become the hunted.

A dazzling, tension-filled novel that sheds light on the world hidden just below the surface of our everyday lives, this thriller offers a peek into the dark behind the curtain where today’s deadliest conflicts are fought. With breathless pacing and shocking twists and turns, it proves that Jonathan de Shalit “has learned well from the likes of Mr. le Carré” (The Wall Street Journal).

Jonathan de Shalit: Jonathan de Shalit is the pseudonym of a former high-ranking member of the Israeli Intelligence Community. He is the author of Traitor. His books must pass a rigid vetting process, including the approval of a special Governmental Ministers’ Committee. De Shalit has translated into Hebrew the American novel A Sport and a Pastime by James Salter and Defectors by Joseph Kanon, as well as John le Carre’s autobiography, The Pigeon Tunnel.