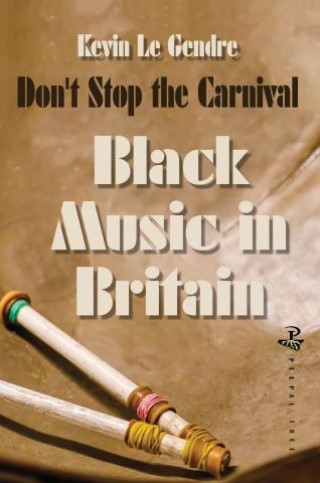 Black British Music: Vol 1 from the Middle Ages to the 1960s (Black Music in Britian)

This is a story of empire, colonialism and then the new energies released by the movements for freedom and independence of the post second-world-war years; of the movements of peoples across borders; of the flow of music around the triangle that takes in Africa, the Caribbean, the USA and Great Britain; of temporary but highly influential visitors like Paul Robeson; and of the settlement of ex-colonial peoples who brought their music to Britain, and changed its forms and concerns in the new context. It is the story of institutions like the military that provided spaces for black musicians, but it is also the story of individuals like John Blanke, the black trumpeter in the court of Henry VIII, Ignatius Sancho the composer and friend of Laurence Sterne in the 18th century, early nineteenth century street performers such as Joseph Johnson and Billy Waters, child prodigies such as George Bridgewater and composers such as Samuel Coleridge-Taylor in the later 19th whose music is still played today. Above all, it is the story of those individuals who changed the face of British music in the post-war period, who collectively fertilized British jazz, popular music and street theatre in ways that continue to evolve in the present.