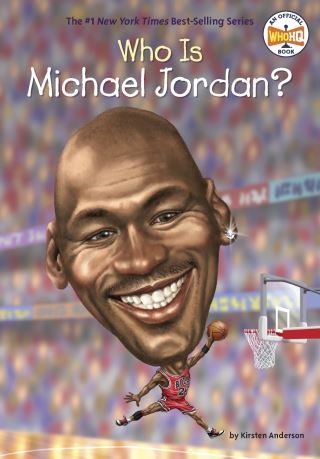 Who Is Michael Jordan?

Grab your Js and hit the court with this Who Was? biography about NBA superstar Michael Jordan.

Meet the man who changed the game forever. Michael Jordan has always been competitive--even as a young boy, he fought for attention. His need to be the best made him a star player on his college basketball team and helped him become an NBA legend, both for his skills and his endorsements. His Nike contract for Air Jordan basketball shoes set an unmatched precedent for professional athletes. Author Kirsten Anderson takes readers through each exciting moment, detailing the iconic reverse lay-ups and jump shots of Michael Jordan's storied career.

Kirsten Anderson: Kirsten Anderson is a freelance writer and actress who lives in New York City with her charming Pomeranian, Sunflower. She has written several biographies for children, including Who Was Andy Warhol? and Who Was Robert Ripley?