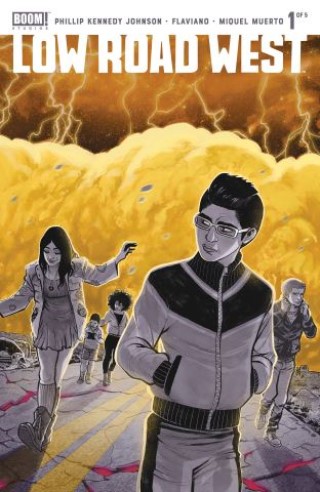 Eisner Award-nominated writer Phillip Kennedy Johnson (The Power of the Dark Crystal, Aquaman) and artist Flaviano (America, Grayson) present a new limited series. In the aftermath of a nuclear first strike that has left the East Coast uninhabitable, five teenagers are being sent west, away from the wreckage that was once their home. Halfway through the Oklahoma Dust Bowl, the shuttle that promised safety has broken down, stranding them in the middle of nowhere with only one another to count on. Their only hope seems to be a town just on the edge of the horizon, but the closer they get the stranger things become. If they want to survive, they will have to learn to trust one another—and with society crumbling around them, trust does not come easily.