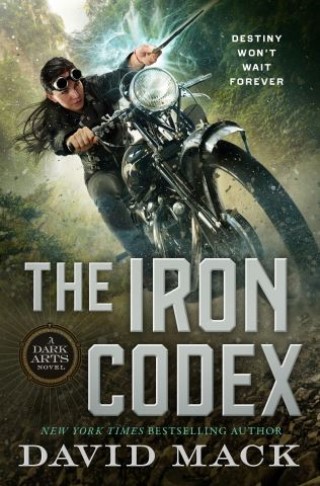 1954: Cade Martin, hero of the Midnight Front during the war, has been going rogue without warning or explanation, and his mysterious absences are making his MI-6 handlers suspicious. In the United States, Briet Segfrunsdóttir serves as the master karcist of the Pentagon’s top-secret magickal warfare program. And in South America, Anja Kernova hunts fugitive Nazi sorcerers with the help of a powerful magickal tome known as the Iron Codex.

In an ever-more dangerous world, a chance encounter sparks an international race to find Anja and steal the Iron Codex. The Vatican, Russians, Jewish Kabbalists, and shadowy players working all angles covet the Codex for the power it promises whoever wields it.

As the dominoes start to fall, and one betrayal follows another, Anja goes on the run, hunted by friend and foe alike. The showdown brings our heroes to Bikini Atoll in March 1954: the Castle Bravo nuclear test.

But unknown to all of them, a secret magick cabal schemes to turn America and its western allies toward fascism—even if it takes decades...

The Dark Arts novels
The Midnight Front
The Iron Codex