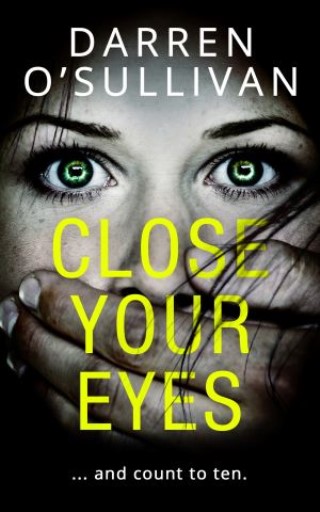 Close your eyes…and count to ten.‘I was gripped by this taut and emotional thriller.’ Louise Jensen, author of The Sister.‘A well crafted, nail biting thriller crammed with unpredictable twists. It wrong foots you with a killer twist that will have you re-reading because you can’t believe you didn’t see it coming.’ John Marrs, author of The One‘I thought it was absolutely brilliant – really fast-paced, and packed full of action.’ Lisa Hall, author of Between You and MeHe doesn’t know his name. He doesn’t know his secret.When Daniel woke up from a coma he had no recollection of the life he lived before. Now, fourteen years later, he’s being forced to remember.A phone call in the middle of the night demands he return what he stole – but Daniel has no idea what it could be, or who the person on the other end is. He has been given one warning, if he doesn’t find out his family will be murdered.Rachael needs to protect her son. Trapped with no way out she will do anything to ensure they survive. But sometimes mothers can’t save their children and her only hope is Daniel’s memory.Perfect for fans of Holly Seddon, Gillian Flynn and BA Paris.From the best-selling author of Our Little Secret comes a new psychological thriller with a shocking twist.Praise for Darren O’Sullivan:‘Immensely talented new author.’ John Marrs, author of The One and When You Disappeared‘Engrossing, compelling and twisty from the first page to the shocking ending. This book grabbed me and didn't let go.’ Michele Campbell author of It’s Always the Husband'Unique and utterly compelling. This twisty psychological thriller will chill you to the bones.' Gemma Metcalfe author of Trust Me‘A stellar and original concept, brilliantly executed. The final chapters had my heart in my throat! O’Sullivan is certainly one to watch.’ Phoebe Morgan, author of The Doll House

Darren O’Sullivan: Darren O'Sullivan was born in Slough in 1982 but moved to Peterborough when he was 17 to train in performing arts. He has been working creatively ever since, first as an actor for the stage, then director. 5 years ago he felt inspired to write theatre and from that came the idea to develop a novel.Following being accepted in the Faber and Faber novel writing programme in 2015 he fine tuned his hand and during that 6 month training programme his debut novel Our Little Secret was born.