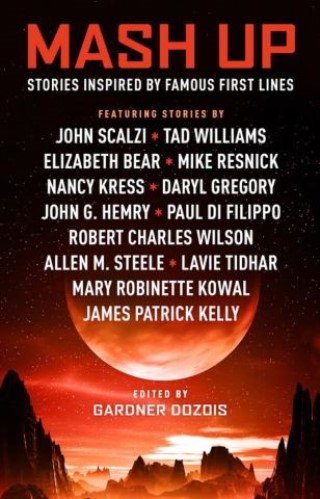 Pride and Prejudice meets Macbeth by way of The Wizard of Oz and a dollop of the speculative, in this entertaining anthology where authors get inspiration for short stories from the first lines of famous works of literature. Edited by respected anthologist Gardner Dozois, the collection features Mary Robinette Kowal’s Hugo Award-winning story “The Lady Astronaut of Mars”.

Gardner Dozois: Gardner Raymond Dozois is an American science fiction author and editor. He is the founding editor of The Year's Best Science Fiction anthologies (1984-present) and was editor of Asimov's Science Fiction Magazine (1984 - 2004), garnering multiple Hugo and Locus Awards for those works almost every year. He has also won the Nebula Award for Best Short Story twice. He was inducted by the Science Fiction Hall of Fame on June 25, 2011