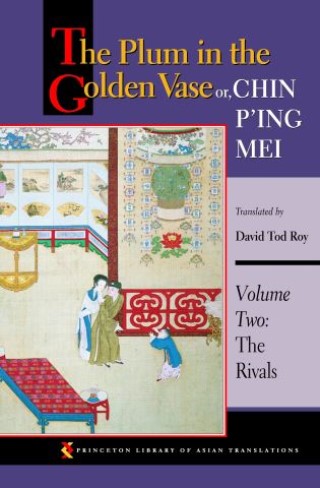 The Plum in the Golden Vase or, Chin P'ing Mei, Volume Two

With the possible exception of The Tale of Genji (1010) and Don Quixote (1615), there is no earlier work of prose fiction of equal sophistication in world literature. Although its importance in the history of Chinese narrative has long been recognized, the technical virtuosity of the author, which is more reminiscent of the Dickens of Bleak House, the Joyce of Ulysses, or the Nabokov of Lolita than anything in the earlier Chinese fiction tradition, has not yet received adequate recognition. This is partly because all of the existing European translations are either abridged or based on an inferior recension of the text. This translation and its annotation aim to faithfully represent and elucidate all the rhetorical features of the original in its most authentic form and thereby enable the Western reader to appreciate this Chinese masterpiece at its true worth.

David Tod Roy: David Tod Roy (1933–2016) was professor emeritus of Chinese literature at the University of Chicago. His monumental five-volume translation of the Chin P'ing Mei was completed in 2013.