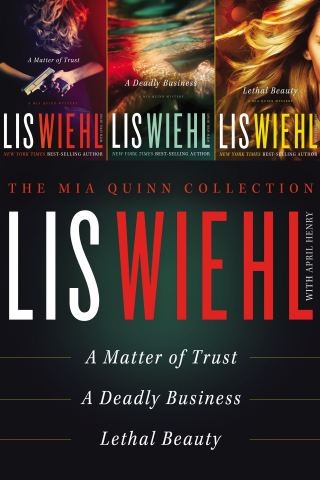 A Matter of Trust, A Deadly Business, Lethal Beauty

A Matter of Trust

When life is murder, who can you trust?

A prosecutor of violent criminals. A detective on a dangerous beat. When these two pros take on an off-the-books case, the line between professional and personal becomes perilously blurred.

It should have been an open and shut murder case, but Mia Quinn finds out nothing about it is simple.

Lis Wiehl is the former legal analyst for Fox News and the O'Reilly Factor and has appeared regularly on Your World with Neil Cavuto, Lou Dobbs Tonight, and the Imus morning shows. The former co-host of WOR radio's "WOR Tonight with Joe Concha and Lis Wiehl," she has served as legal analyst and reporter for NBC News and NPR's All Things Considered, as a federal prosecutor in the United States Attorney's office, and was a tenured professor of law at the University of Washington.  She appears frequently on CNN as a legal analyst. She lives near New York City.